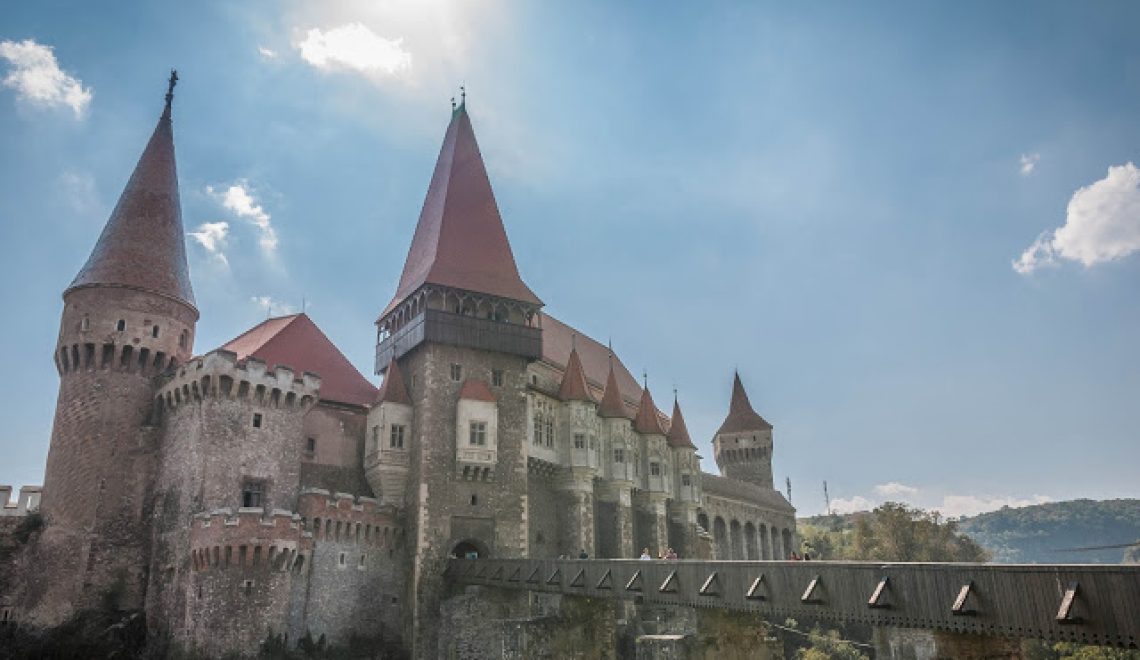 Despite the pleasant summer temperatures throughout the day, the September nights in Romania are quite cold. The leaves on the trees are staring steadily in autumn colors, so it is not unusual at night that the temperature drops below 10 degrees, which is a little cold for sleeping in the tent, so I was happy in the morning when the sun came out.

As usual, we wake up around eight o’clock in the morning and slowly we pack a tent and other things. We are heading to Hunedoara, where is located a huge castle Curvin. It is not difficult to find the route to the castle, as the route throughout the city is appropriately marked.

Under the castle there is a payable parking lot, but we park a few ten meters higher and park for free. We walk to the castle and when we see this mighty castle, just wow. We go to the mighty castle across the stone bridge, where at the entrance we pay the entrance fee and see the inside of the castle. 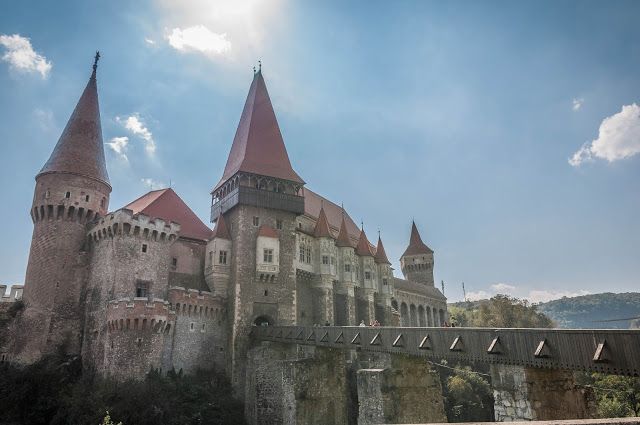 The largest Romanian castle Curvin is built in the neo-Gothic style that the Anjou family built on the site of the former Roman camp. The castle served as a fortress until the mid-14th century when it became the residence of Iancu de Hunedoara, who upgraded the fortress and transformed it into the most stunning castle in Transylvania. The magnificent castle along the Zlas stream is a mighty building, tall and colored, and it has many towers. In the castle once lived Matija Kurvin, who is better known to us as King Matjaž. According to some data, well known Dracula used to be closed in the castle prison. 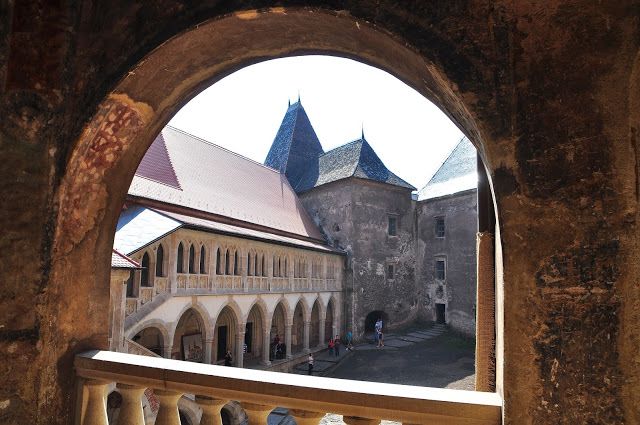 The castle has been transformed into a museum. Some of the rooms are on display, where castle clothes, chests, beds are presented. The castle itself is really impressive from the outside, which I can not say for the interior, since the interior, besides the castle courtyard, is nothing special. 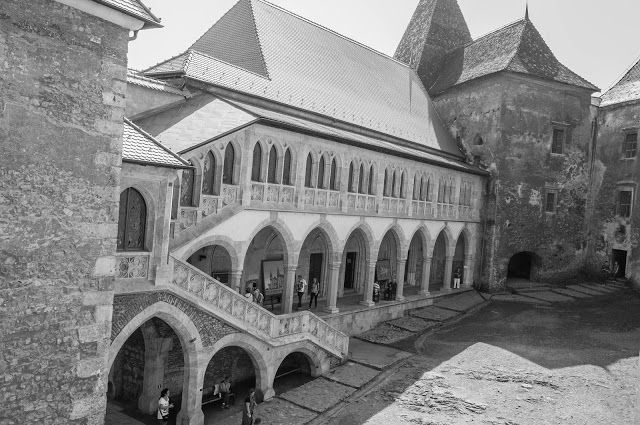 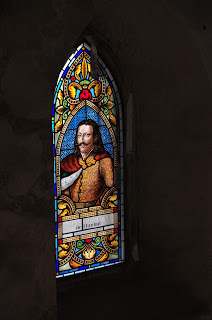 After visiting the castle, we continue our path towards our last station in the city Timisoara, where we booked a room at Pension Niky over booking.com. The rooms in the pension are new, clean and really modernly furnished, and the pension is located a few kilometers outside the city center. If you stop in Timisoara, I really recommend sleeping in this pension, because the price for a room is 25 euros per night, which is really great.

Timisoara is the fourth largest city in Romania and one of the most beautiful urban environments, as there are many beautiful markets and luxurious parks and gardens in the city center. Timisoara is also called Temisvar, and to Slovenia it is the nearest bigger city. The city is also well known by its architecture and is also called small Vienna.

In the evening we head to the city center, which can be said to be located in two locations: the magnificent Piata Unirii square and the main square, located in the old city center, where we can take all the beauties of the city. At the main square is the mighty Cathedral of St. George, in the middle of the square there is a large greenery with a fountain, and on the outskirts of the square you can enjoy a Romanian beer or coffee in one of the bars. Across the city you can see a lot of security guards who take care for the city peace. 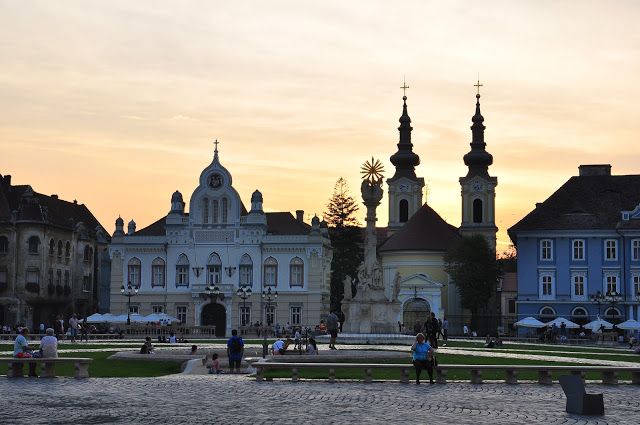 After visiting the city, we are determined to find a restaurant, possibly one that offers some typical Romanian food. We didn’t find any typical Romanian restaurant, but we found Arabic diner. We both like to try new food styles so we decided to go in. The flavors were amazing and they had a good offer for vegetarians too. We will definitely try some more Arabic food in the future.

In Timisoara there we can find a camping – Camping Internacional, located just before the city, to the center of the city is quite far. After reading it, I think that the camp is nice and tidy, but it is not cheap, because we paid only 5 euros more for the room in the apartment. Price for the camp would be 20 eur per night. 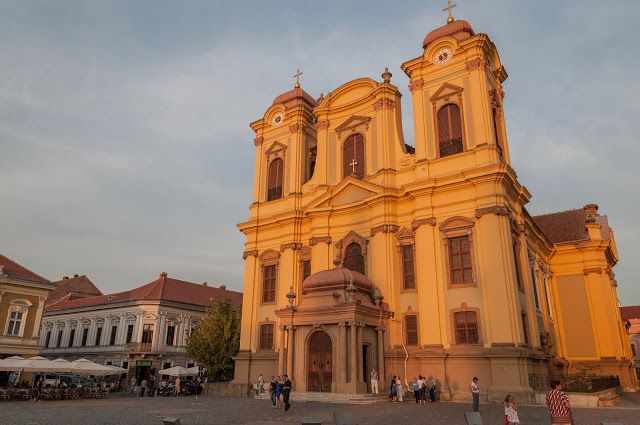 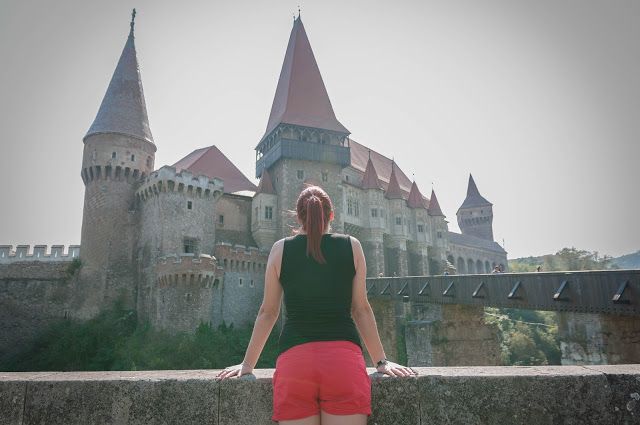 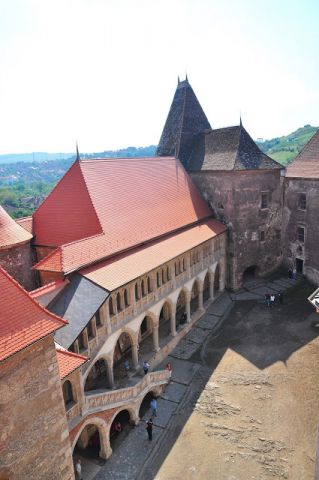 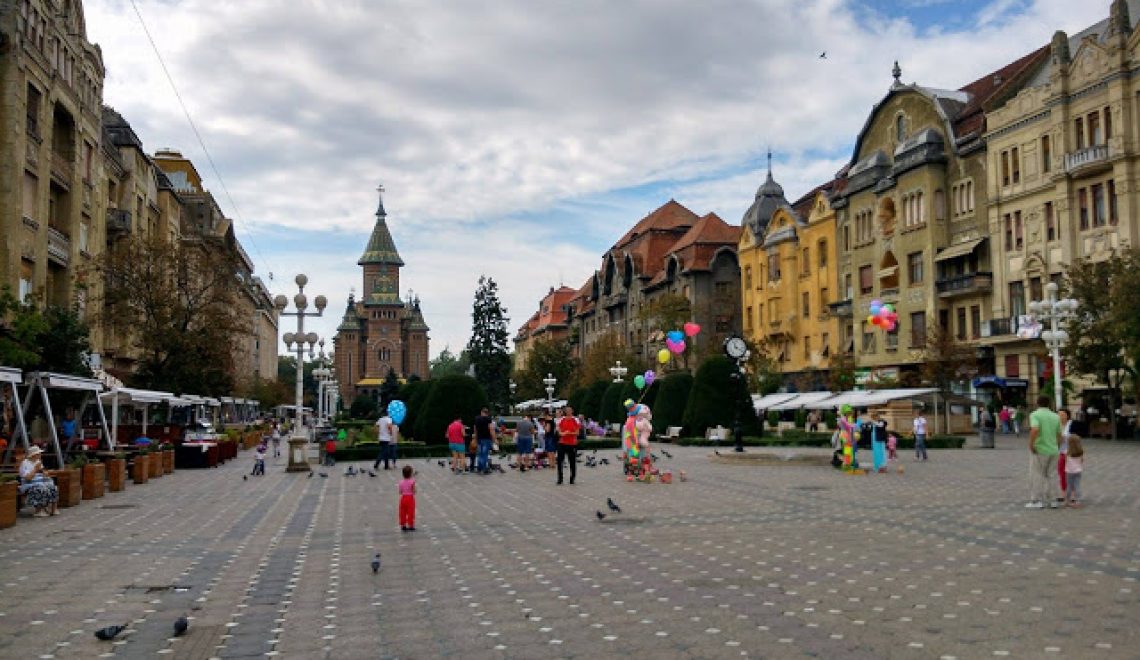