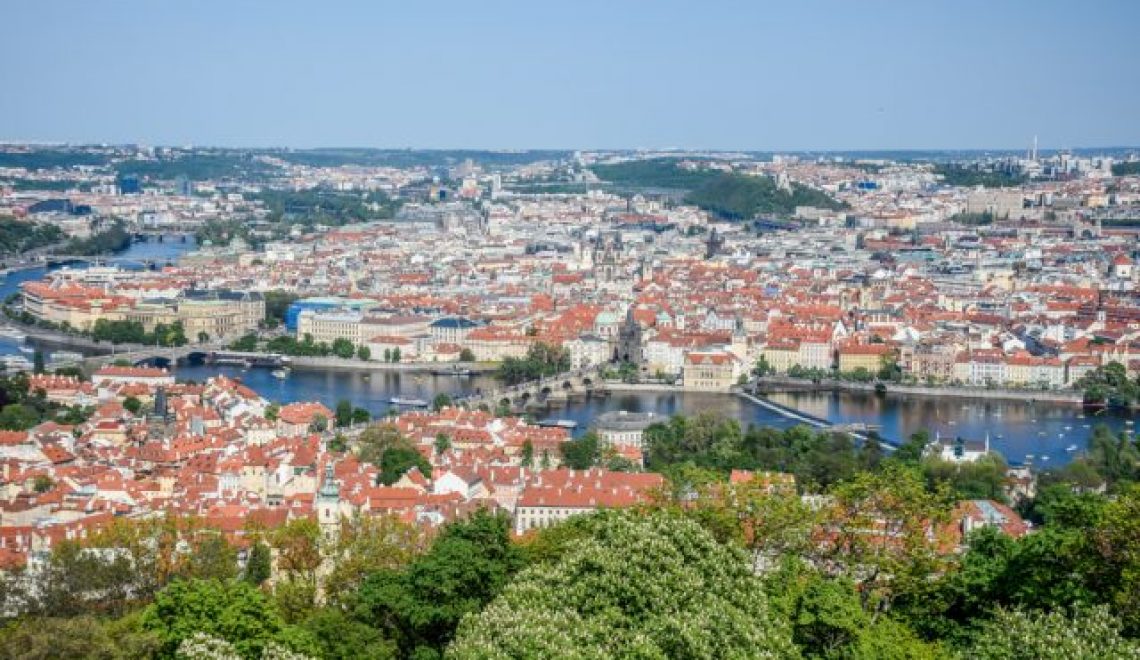 Golden Prague, the city of hundreds of towers and according to many, one of the most beautiful cities in Europe. Prague is the capital city of the Czech Republic and it is located by the river Vltava and has 1.2 million inhabitants.

Prague is divided into five major areas. On the left side of the Vltava is the medieval town of Hradčany (Castle and cathedral) and Little Quarter, with the Kampa park and hill Petrin. On the right side of Vltava we find the Old Town and the New Town.

Since we decided relatively late to visit Prague, all the pleasant nights near the city center were busy, so we booked the night on the outskirts of the city. We booked on the Airbnb website, which turned out to be a great and cheap accommodation. The owner suggested that we take the train to Prague, which leads us to the city center. At the railway station, we bought a 24-hour ticket (€ 4.4), valid from the first use, and we can ride with all public transports (metro, tram, bus and funicular). In front of the railway station there are tram stations and metro stations, which are also used for moving around the city. We both used underground for the first time and we have to say that the thing is very useful and easy to use. 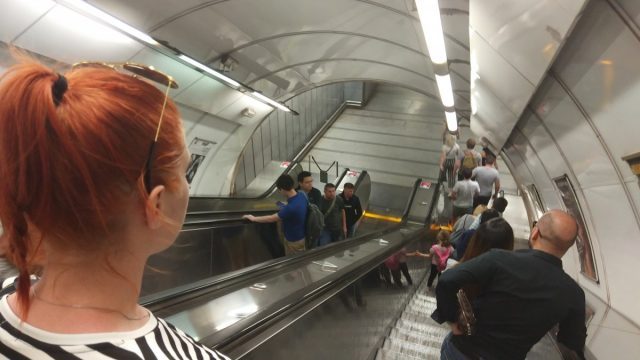 On the first day in Prague, we set out to explore the left side of Vltava. The most famous landmark on the left side of the Vltava is undoubtedly the Prague castle, which was the former mansion of the Czech kings, and today it is the head office of the Czech president. The castle does not have the shape of a classical castle, but it is actually a castle complex and it is the largest ancient castle in the world, as it is 570 meters long and 130 meters wide and its size is also recorded in the Guinness Book of Records as the largest ancient castle in the world. The castle does not represent the appearance of a typical castle, because it was built in various architectural styles, but it extends more to its width than its height. After the end of the First World War, the castle was in a decaying state, so Slovenian architect Jože Plečnik restored it and gave it the final present image. Part of the city around the castle is called Hradčany, and the castle is also under UNESCO protection. You will deduct about 10 € for the entrance fee. 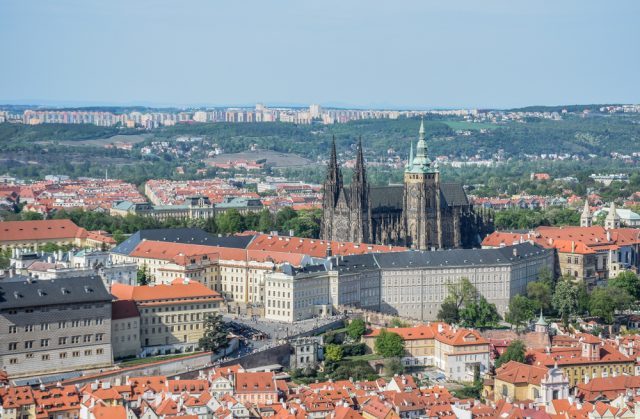 Within the castle complex we can also look at the cathedral of Sv. Vid, which is the most important cathedral in the Czech Republic, since the archbishop of Prague has his head office. The construction of the cathedral began in the 14th century, but it was finished in the 19th century.

Golden Lane, which got its name after the goldsmiths who lived there in the 17th century, and the street is one of the most picturesque in the city. Sometimes famous writers, such as Franz Kafka and Jaroslav Seifert, lived here. Now there are some houses that are turned into a museum or a souvenir shop.

After visiting the castle, we descend to Mala Strana, which represents modest part of the city, which is on the one hand held by the castle hill, and on the other side is the river Vltava. For Mala Strana, it is said to be one of the most picturesque parts of Prague, with houses, palaces, churches that are tightly pressed against one another. 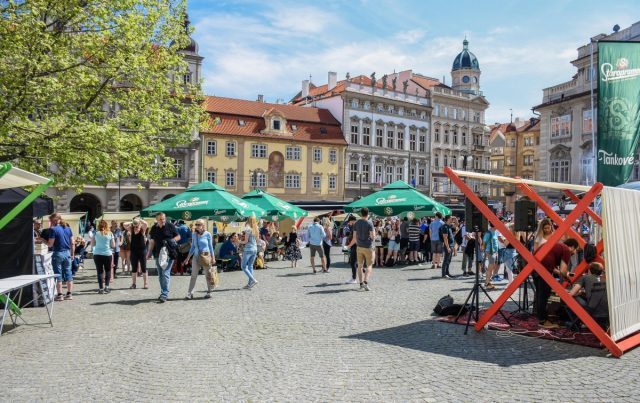 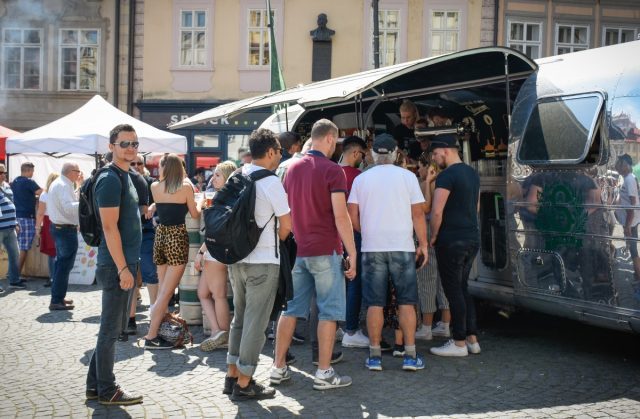 You should not be missing out In Mala Strana with the graffiti painted Lennon Wall, which is a good reflection of the communist history of the Czech Republic. Although John Lennon was never in Prague, his wall is grappled with graffiti, where artists and others create their artwork. The first graffiti and his message began to appear on the wall in 1980. On November 17, 2014, a group of students painted the wall to white and they wrote “Wall is Over”. The wall has not been left empty for a long time because people started to create new graffiti the next day. 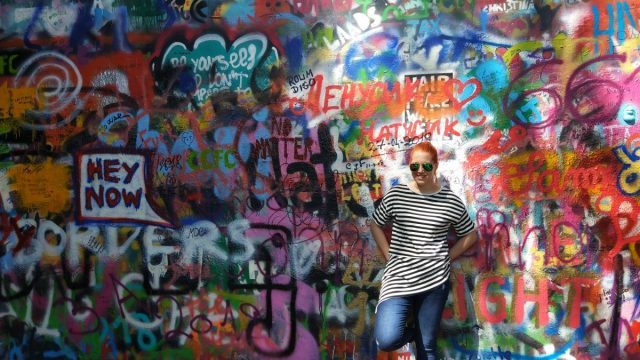 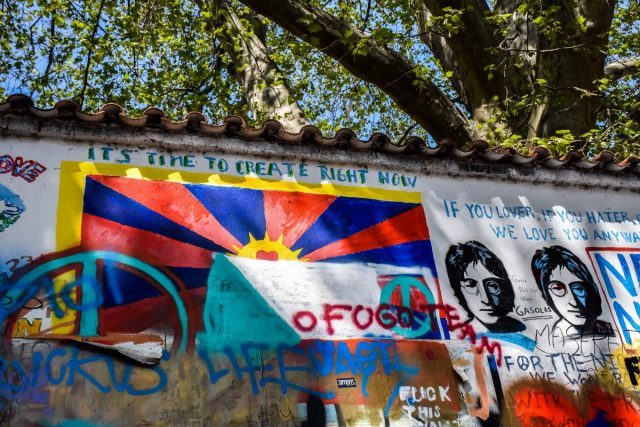 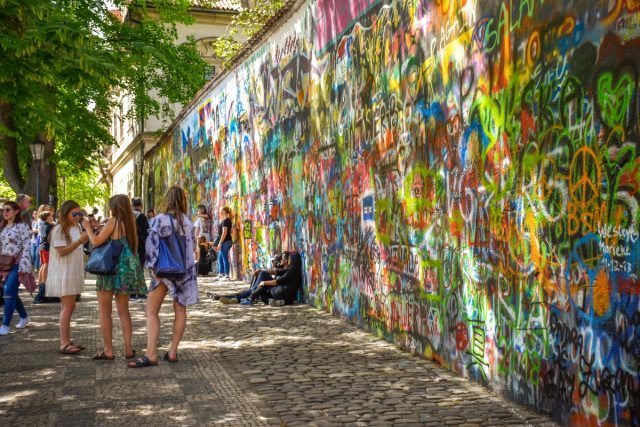 On the left side of Vltava, there is a beautiful Kampa park. Kampa is the name of the island, which is one of the quietest parts of Prague, called Mala Strana, but it is separated from it by the stream Čertovka. As we walk through the paved street “Na Kampě”, we have the feeling that time stops. A wonderful street with a main square, benches, beautiful street lights and acacia, and on both sides and there is also  plenty of restaurants and accommodations. This is a place where we can withdraw from all the Prague hustle and enjoy a little peace and quiet away from the tourist hustle and bustle. Devil’s Channel or Čertovka separates island of Kampa, from Mala Strana. 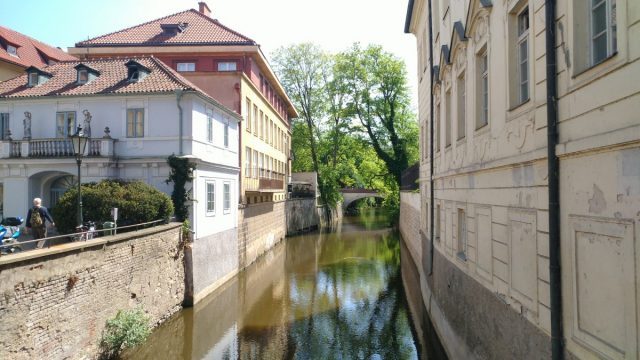 The cable car is not so easy to find, because there is nowhere to be seen. If you arrive to the Petrin hill with a tram, you should exit at the Ujezd station, from where only a few tens of meters are left to the funicular. 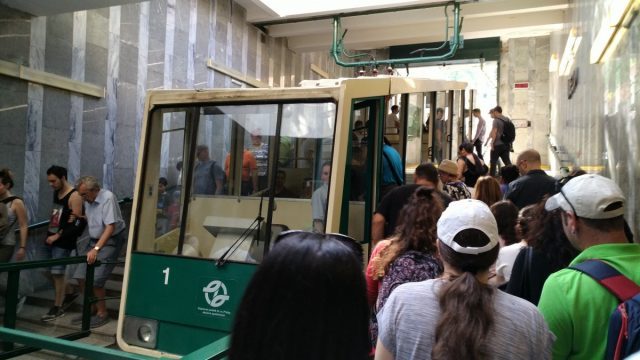 At Petrin Hill we can go with a funicular, but we can also decide to go on foot and the path will take us about 20 minutes walk, which will be refunded with a view of the old-fashioned city centre and Charles Bridge. We chose the funicular, since we have been walking a lot this day, so we chose more casual option. Upon arrival to the funicular, we are surprised by the long line of people waiting for the ascent. In spite of the long line, it turns out that we will not have to wait a long time, so we are soon on the summit of Petrin Hill.

Petrin is a city park with well-kept walking paths leading to the top. At the top you can see the botanical garden, the aristocracy, the church of St. Lawrence and the famous viewpoint tower.

Prague also has its own Eiffel Tower, which was set up in 1891 for the purpose of promoting tourism in Prague. Prague tourist representatives visited Paris in 1891 and during this time visited the Eiffel Tower and wanted something similar in Prague as well. The tower is 60 meters high, and has 229 steps. In the example, if you want to climb to the top of the sightseeing platform, you can go up to the top with an elevator at an additional charge of 3-4 euros. From the tower there is a wonderful view of the castle complex, stadium, bridges on Vltava, cathedral … 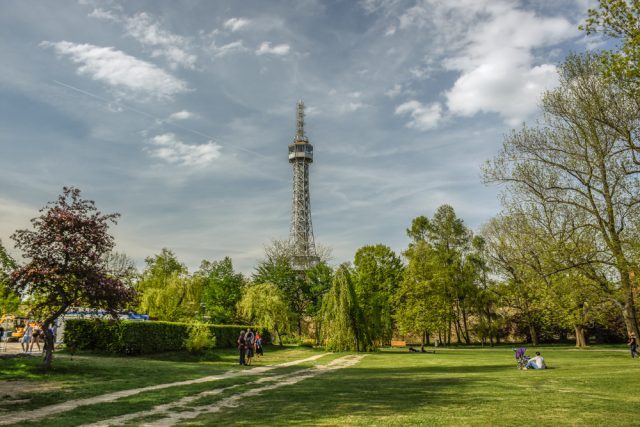 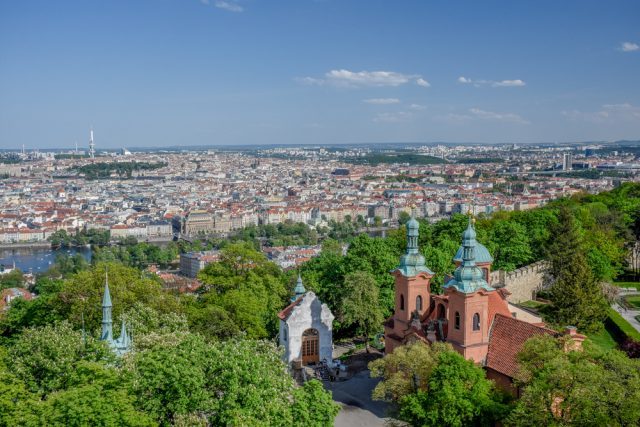 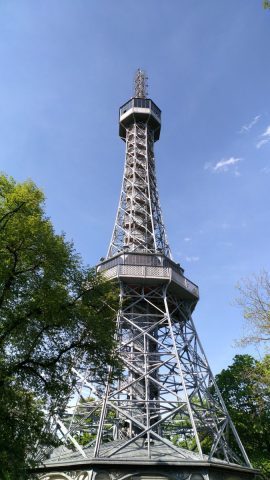 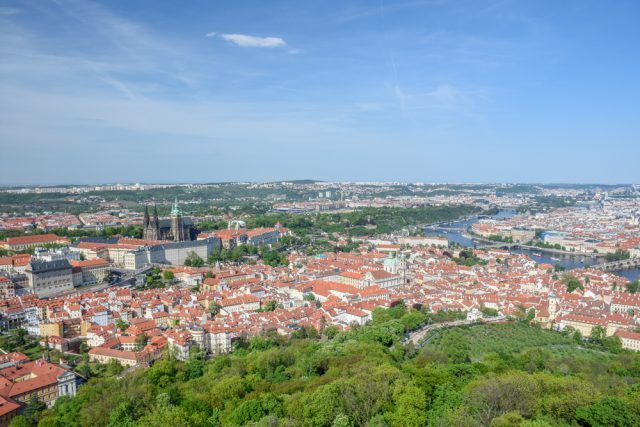 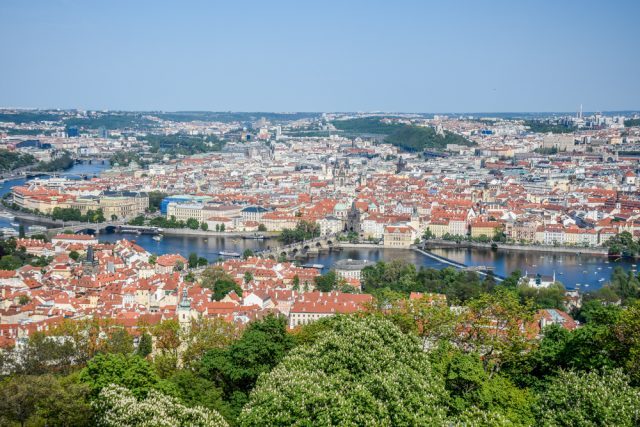 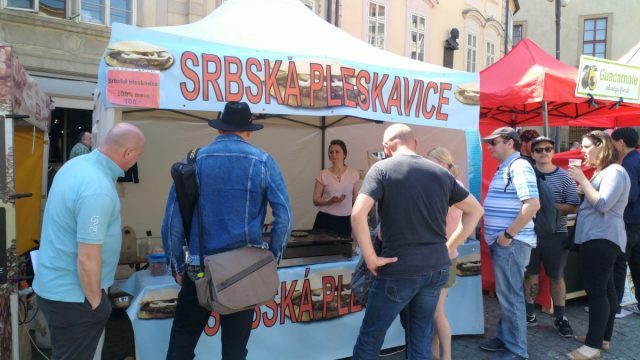 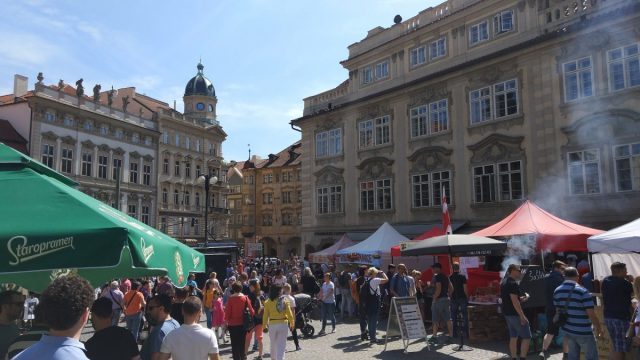 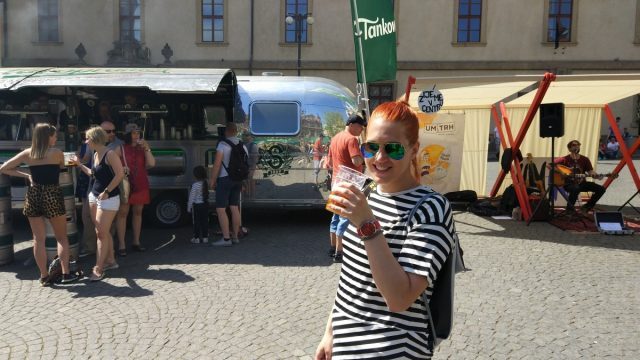 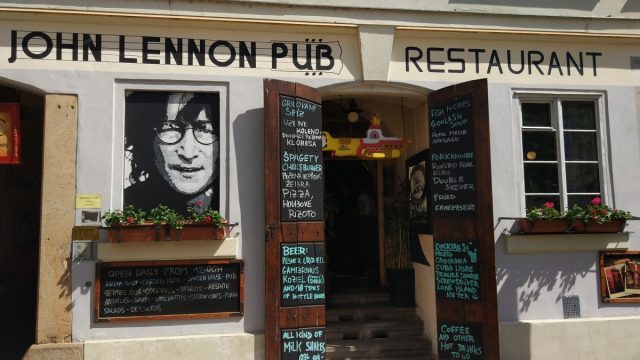 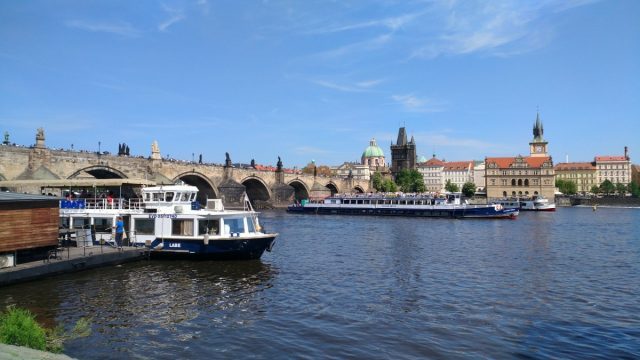 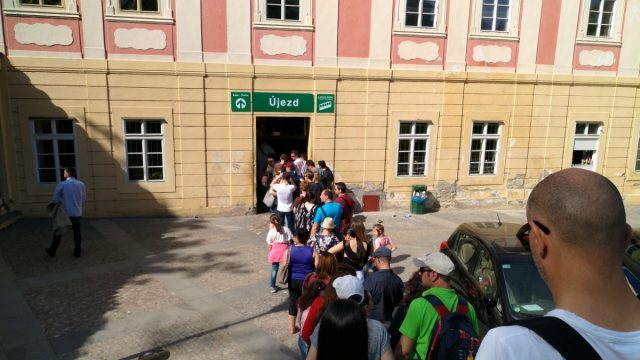 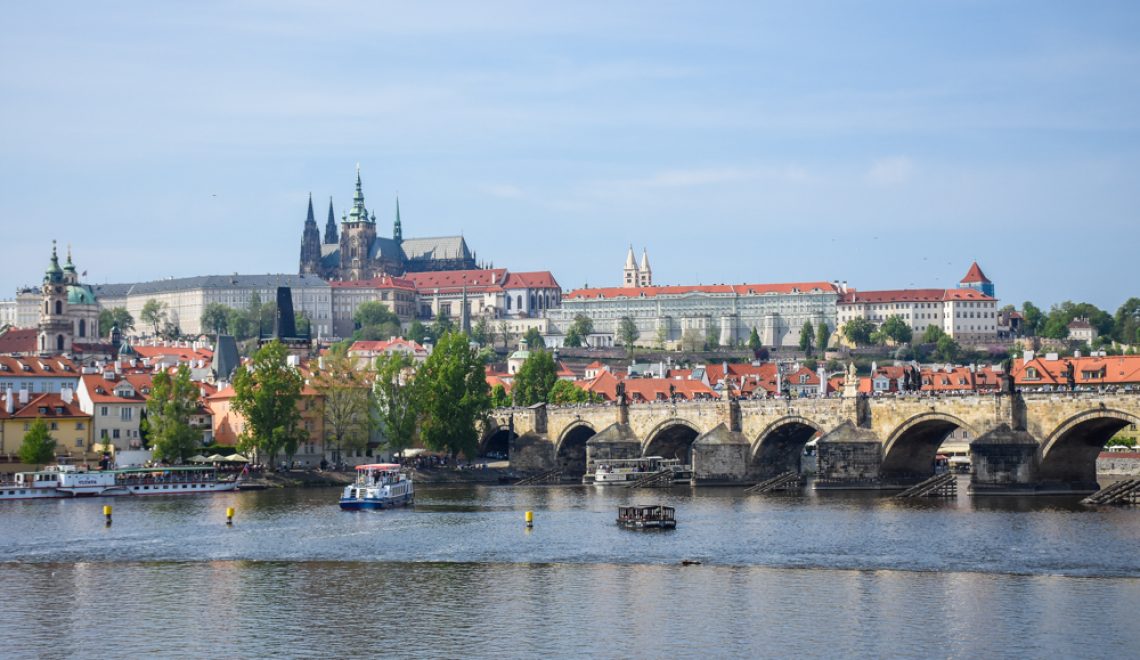 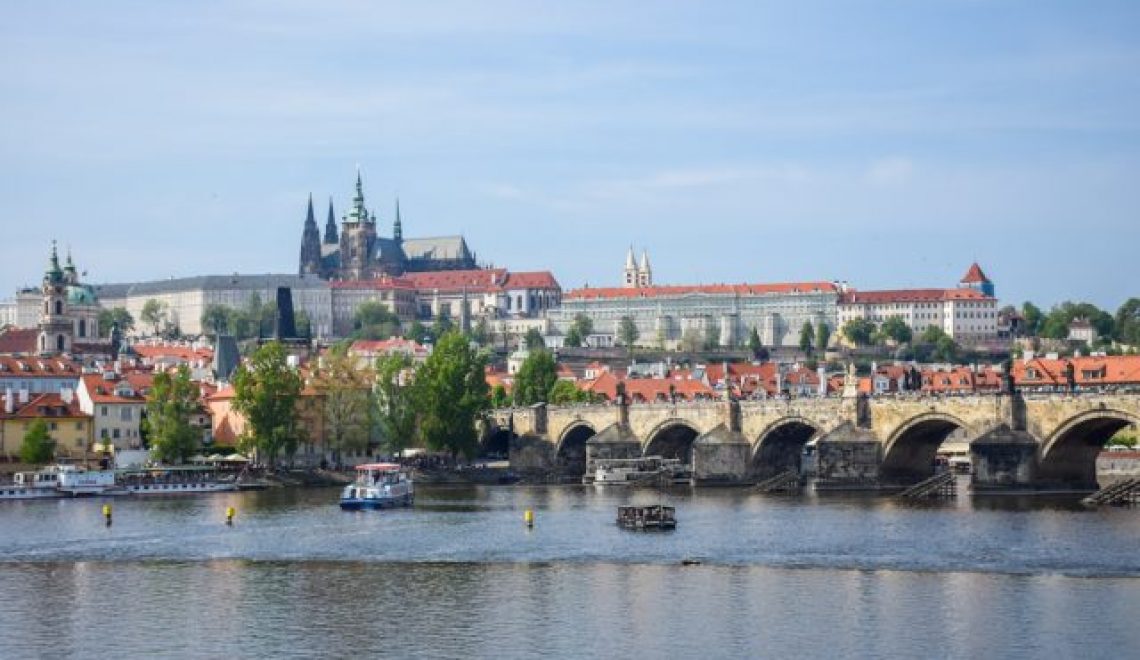