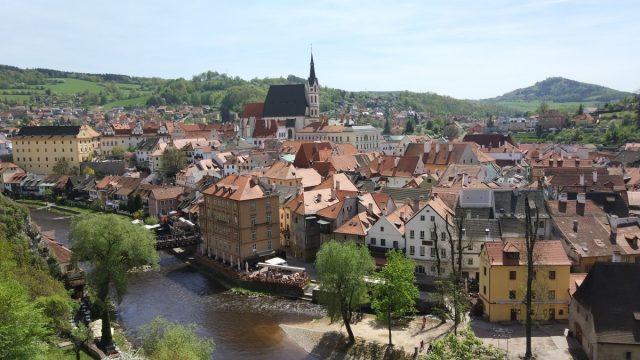 Have you ever heard of the medieval Cesky Krumlov, one of the most beautiful cities in Europe? Well, this jewel, which lies in the south of Czech Republic, it is a miniature version of Prague and UNESCO’s World Heritage Site that stretches with the beautiful castle on the Vltava river, Baroque and Renaissance architecture and numerous tourists.

Ultimately, Prague was also on our list of destinations. We wanted to go in Prague twice, but there has always been something in between. Since this is the third time, so we went to explore Prague.

Prague is just over 600 kilometers from Celje, so we went on the road with our car. Otherwise, we also flirted with favorable flights from Venice, but when we combined everything together, it is cheaper to go with car.

To Prague, we go past Graz and continue our journey to Linz. The route over Linz is more expensive due to tunnel payments (two tunnels that cost 14.5 eur), but this route is also more picturesque. The original plan was to go past Vienna, but we were advised a little before departure to stay in the city of Cesky Krumlov, which is truly worth a visit. Then let’s go check.

On arrival in the Czech Republic, Krumlov, we park a car at one of the cheaper parking lots (1h = 25 CZK) and we head to the old part of town.

Medieval Cesky Krumlov is a small town in southern Bohemia, which is famous for its beautiful architecture in the city center and the castle. The Old Town core is itself a kind of landmark and has been under UNESCO heritage since 1992. There are over 300 historical buildings in the city center, all from the old mill, armory, brewery street, to churches and markets, which undoubtedly gives the city a special atmosphere and unique charm. 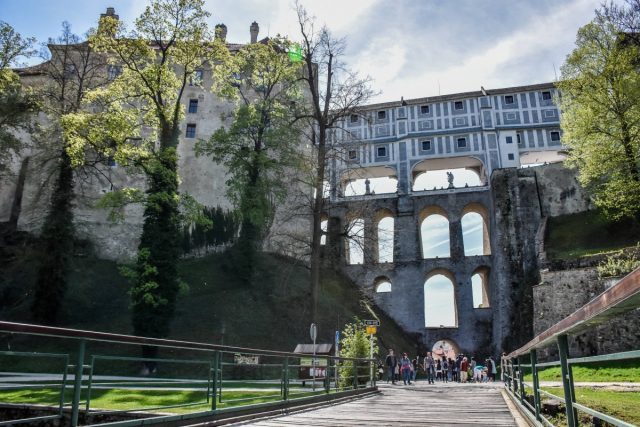 The name Krumlov derives from the German term “Krumme Aue”, which in translation means the curse of an arch. The name originated from the topography of the city or the river shore of the Vltava River, which resembles the horseshoe. The old core has been preserved for five centuries, so it’s not unusual for the city to attract more and more tourists. 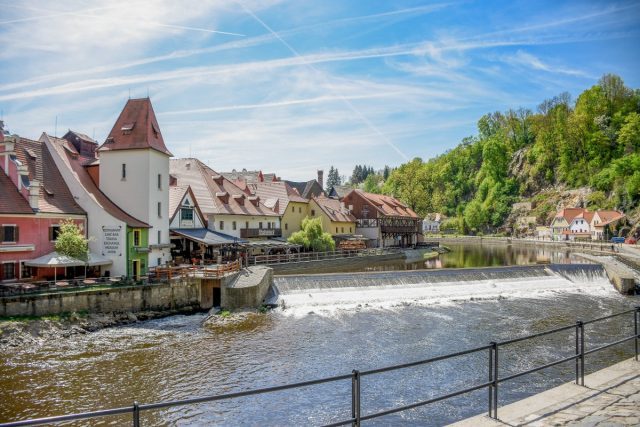 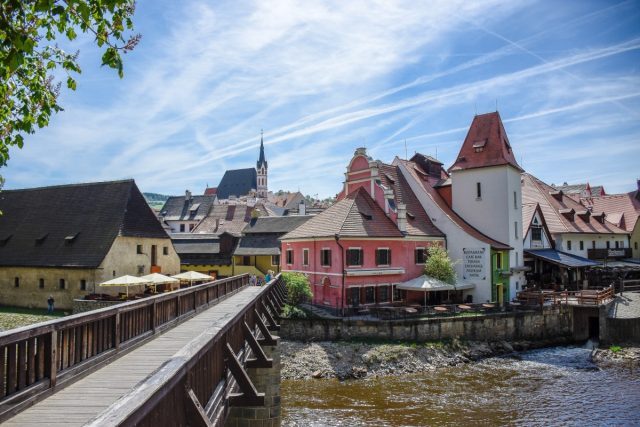 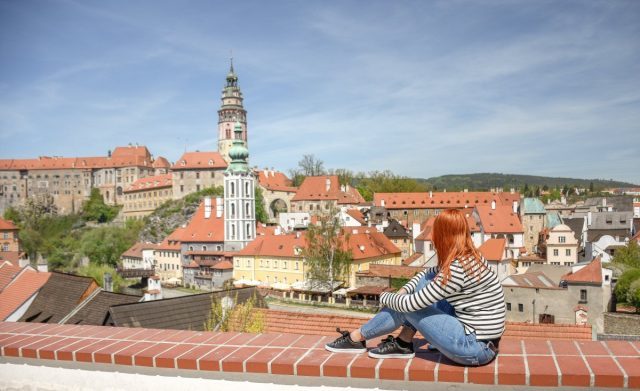 On a hill above the city, there is a mighty castle, which is the second largest castle in the Czech Republic (the largest is the Prague Castle). The castle dates back to the 14th century and features styles from different periods of time, from Gothic, Renaissance and Baroque. The sightseeing of the castle is a unique experience, as it is a small town, since the castle complex consists of 40 buildings and other premises and 5 castle yards. Various concerts and other cultural events take place in the castle yards during the summer months. Under the bridge at the main entrance to the castle, there are two brown bears. Entrance fee is free. 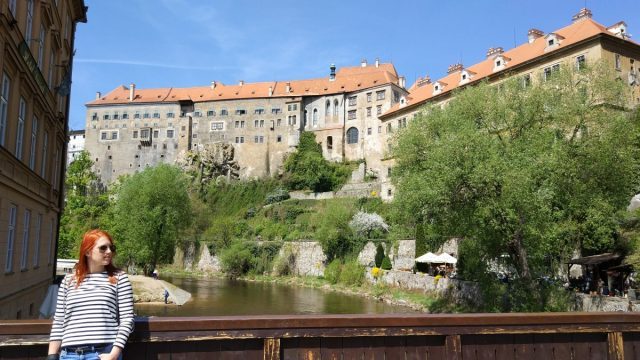 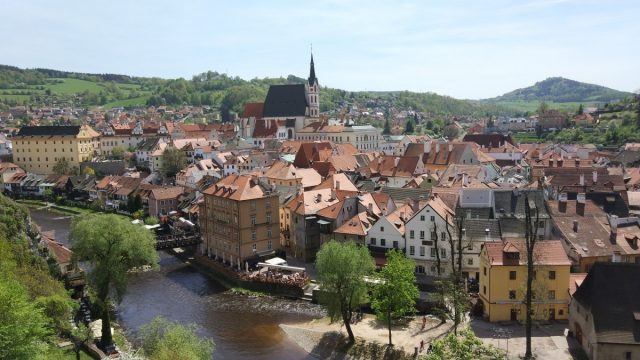 One of the most beautiful parks in the Czech Republic, according to many, is not to miss. In the park we can see a lot of artistic monuments from different periods and about 65 different plant species, among which the most special is white pine. The Park is an extremely popular promenade and it extends over 2.5 hectares. 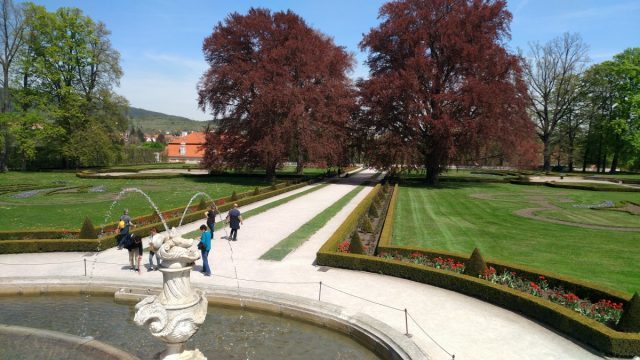 On the right hill of the Vltava, in the old city center, is the Roman Catholic Church of St. Vitus, which was created in the 13th century. In addition to the typical profile of the church, you will notice its exceptionally high roof. The church is also the cemetery of many members of important Bohemian families, from Rosenbergs Schwarzenbergs. 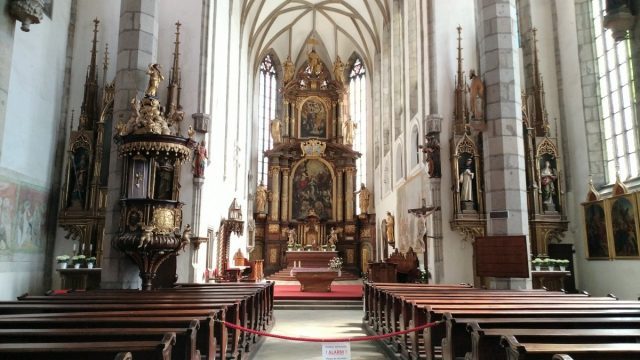 If time allows, it is worthwhile staying at least one night in medieval medieval Češky Krumlov. In the city we find a varied offer of overnight stays, from expensive highly categorized hotels, to small family hotels, and most of them are smaller pensions and apartments, runed by friendly locals.

During a walk around the city, you also stop at one of the bars or restaurants and try good and home cooking, but of course, it will not go without Eggenber’s home-brewed beer, which is brewed in a city brewery.

And the question for the end. How long is it enough to visit the Czech Krumlov? The city can also be seen in one hour, but it is advised to visit the city for at least 2 hours. We spend 3 hours for research, during which time we practically walked everything that was possible, but still, we had enough time not to hurry and that we had enough time to shoot some photographs. 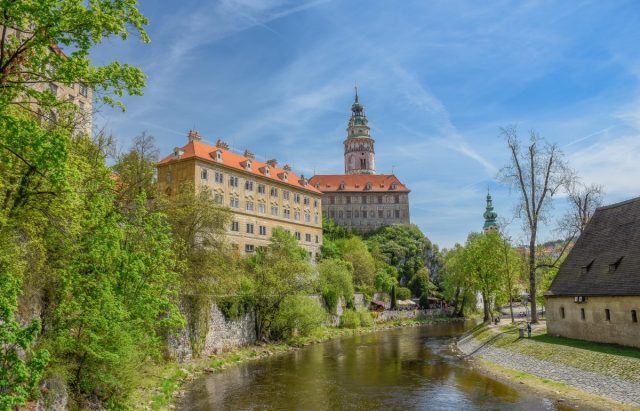 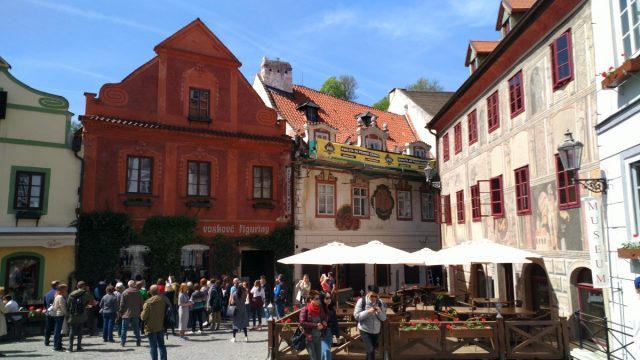 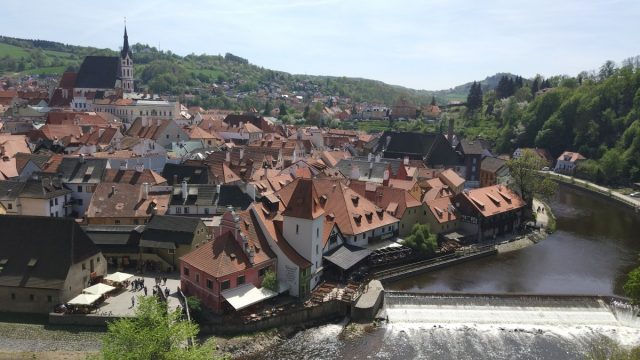