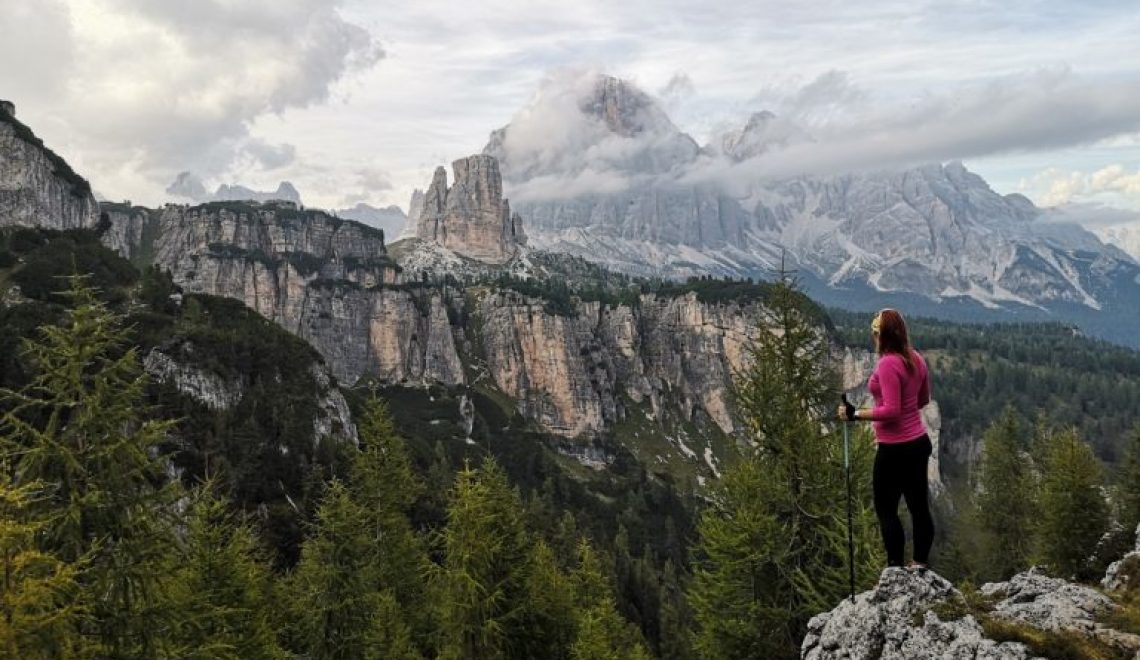 In the heart of the Dolomites, just 16 km from Cortina d’Ampezzo, at the confluence of the Ampezzo, Badia and Vordevole valleys, lies the beautiful Cinque Torri area. The name Cinque Torri in translation means five towers, but actually there are more. That there are only five towers looks very far away or when we climb the road towards the Giau pass.

There are many paths to Cinque Torri, but they differ in the difficulty of access: 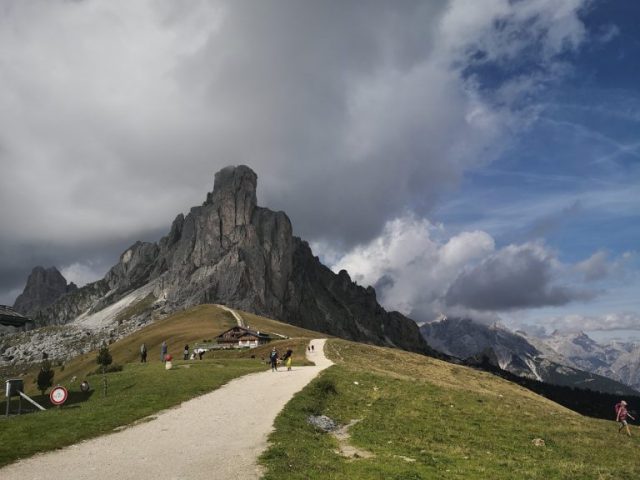 Our route starts in Cortina, from where we take a winding road to the top of the Giau pass. We park the car, pack our backpack and head past the Rifugio Paso Giau cabin along the gravel route, where we reach the first fork, where we turn right along Route no. 443, marked ” Rifugio Novolau Ferrata”. The path first runs through the meadow, but later passes into more rocky terrain. 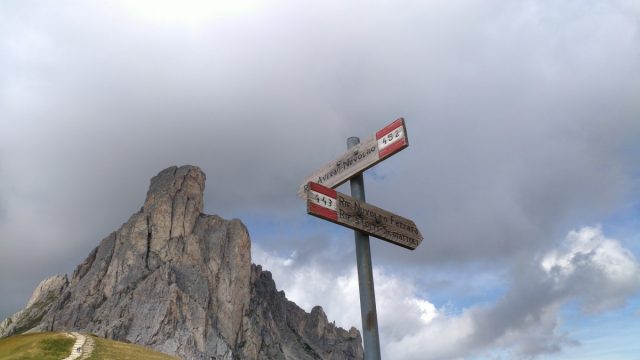 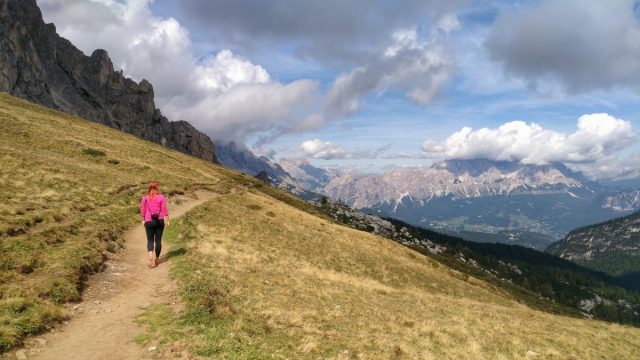 After a rather steep ascent and after a good hour of walking, we come to a point where we have a beautiful view of the Cinque Torri and the cabin Rifugio Cinque Torri (2127 m), located in the immediate vicinity. At the fork, we can continue the path to the right, to the cabin which is 5 minutes away, but we choose the left path, which leads to the towers, and from afar we can see many paths that surround them in all directions. 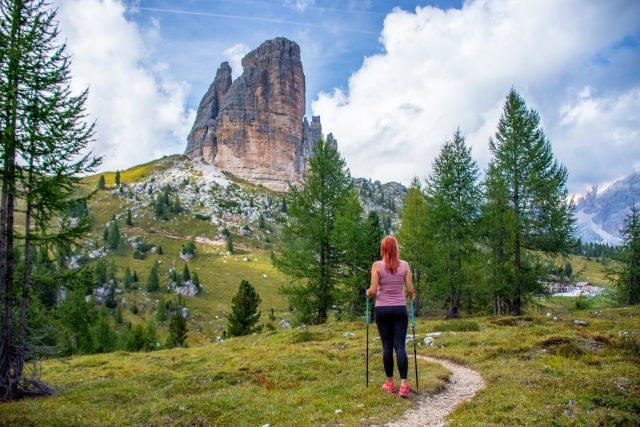 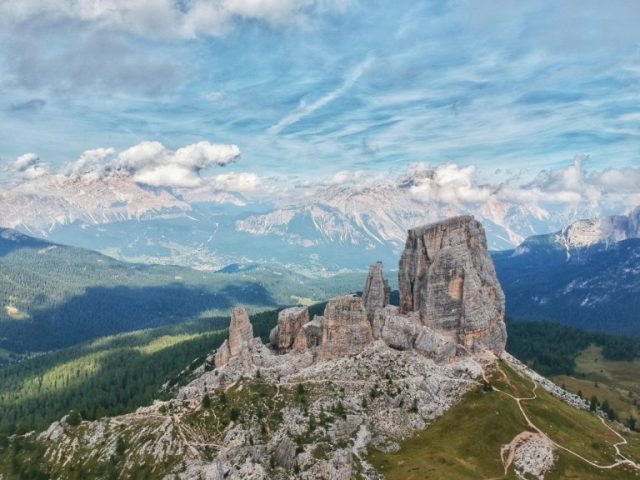 On the way back, we are in a dilemma whether to make a circular route or to go back the same way we came. We’re a little worried about suspicious clouds gathering around the peaks pretty quickly. Instead of a circular route, we prefer to choose the same route we came by. Luckily, we headed back in time to avoid the fog that descended on the pass. 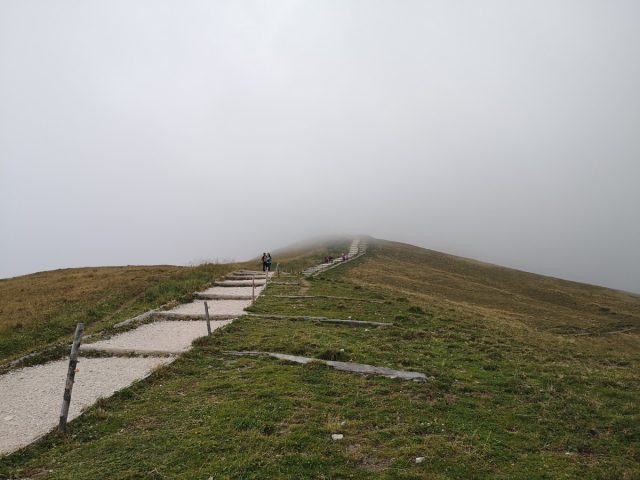 The path did not seem difficult to us, only some parts needed a little more caution. The whole route is about 12 km long (calculation based on a sports watch), and it took us about 3 hours of walking in both directions. 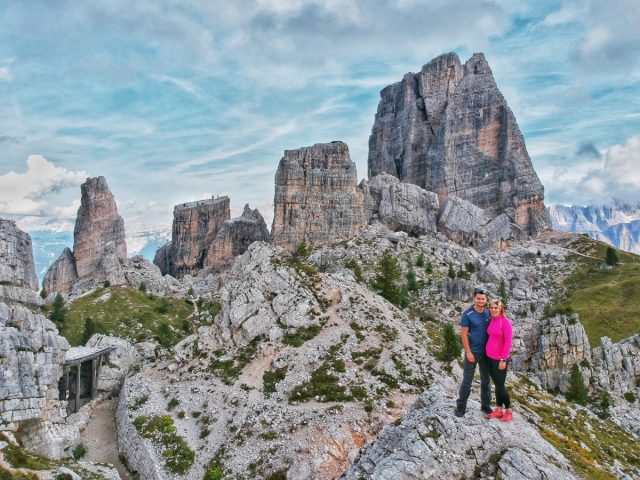 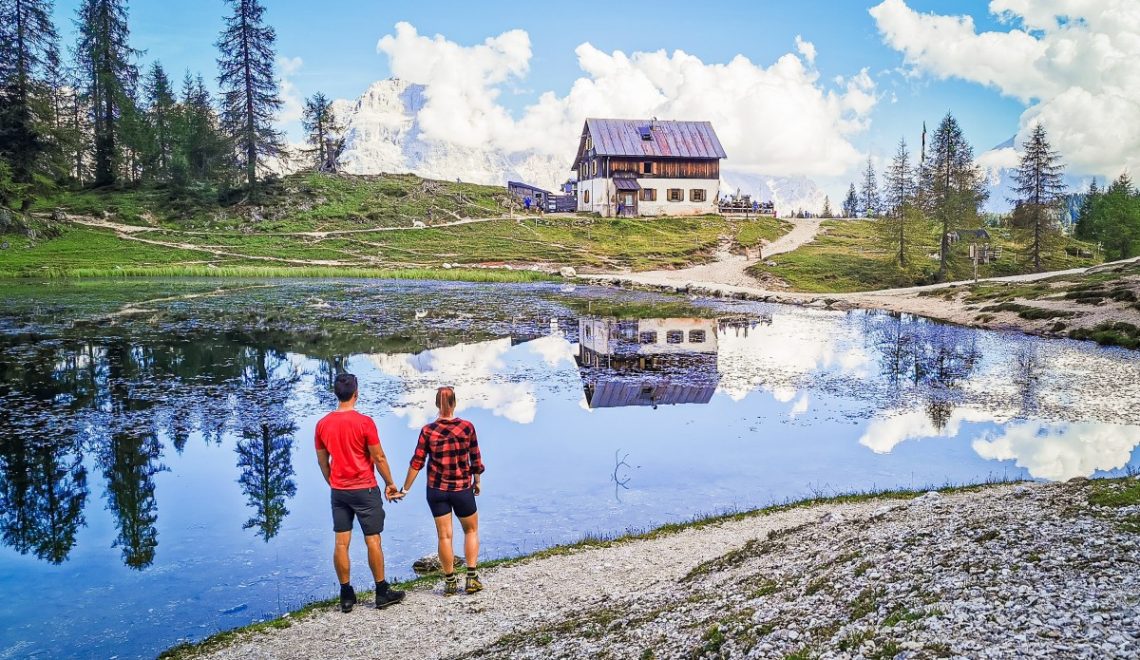 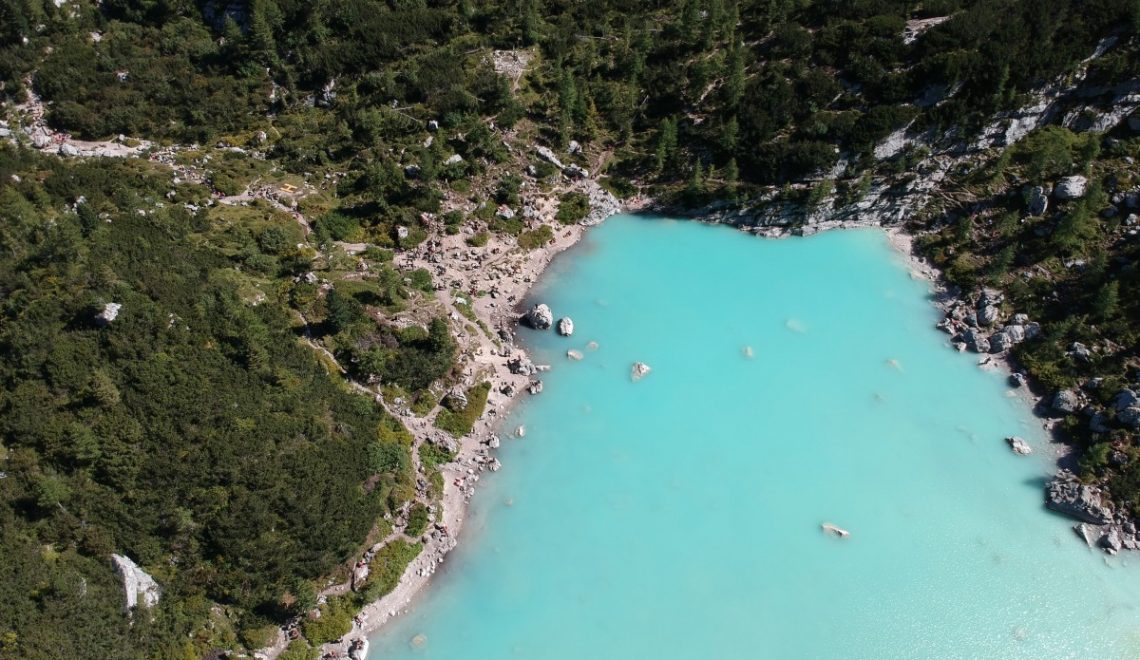