Complet Guide to Visit Korcula Island: an island of sea, activities and wine

One of the most popular Croatian islands is Korcula. It is located in central Dalmatia and is the sixth largest island in the Adriatic Sea. Korcula is considered one of the greenest islands, a visit to which is suitable for those who want a peaceful vacation, as well as those who want to spend their vacation more actively. Stroll through the streets of the old town of Korcula, explore the beautiful beaches and secret coves, visit the wineries and try the local wine and see the birthplace of Marco Polo. We share with you our “Complet Guide to Visit Korcula Island: an island of sea, activities and wine”.

The island of Korcula

Korcula is the sixth largest Croatian island, and with its beauty and charm it undoubtedly belongs to the very top of the popular Croatian islands. It is a southern Dalmatianisland located in the northern Adriatic. It lies south of Hvar, north of Lastovo and west of the Peljesac peninsula. The island is surrounded by crystal clear sea and 182 km of rugged coastline, where you will find beautiful beaches and hidden coves. Korcula invites everyone who adores natural beauty, enjoys a glass of good local wine, cultural events, loves sports activities, and at the same time likes to lie carefree on one of the beautiful beaches.

Korcula is a rather overgrown island with pine trees, so it was once called “Black Korcula”. With its excellent location, it offers many opportunities to explore. You can go to the island of Mljet, Lastovo, which is famous for its unspoiled nature and nature park, the Peljesac peninsula, romantic Dubrovnik, Split and much more.

Korcula is an island with a rich and long history. The first evidence of the island’s population dates back to prehistory, and their culture and history can be seen wherever you turn. In this part of Dalmatia, the Greeks ruled all the way to the Ottomans, and several battles took place along the coast. You can see the latter as soon as you arrive on Korcula. The capital is “protected” by a mighty fortress and walls, on which well-visible cannons face the sea, which were once used to repel enemies.

There are also archaeological finds that indicate that some parts of the island were inhabited as early as the Stone Age. The Greeks moved to Korčula as early as the 6th century and settled in the western part of Vela Luka. The island was named Korkyra Melania, which means Black Korcula. There are also remnants of ancient Greece, Roman, Illyrian and Slavic culture. World traveler Marco Polo supposed to have his home on Korčula.

How to get to Korcula?

The island of Korcula is well connected with the surrounding ports. You have a choice of three regular ferry lines that connect the island with Pelješac, Dubrovnik and Split. The easiest way to travel is to come to Korčula with your car. From Dubrovnik and Split, you can also reach Korčula by bus or catamaran. If you are coming to Croatia by plane, the nearest airports are in Dubrovnik and Split.

There are two ferry lines to Korčula, namely Krilo, which is intended only for pedestrians, and Jadrolinija, which transports people and cars. The ferries run all day, the prices are quite reasonable, and the transportation is comfortable and punctual. Tickets can be booked online or purchased at the port box office. 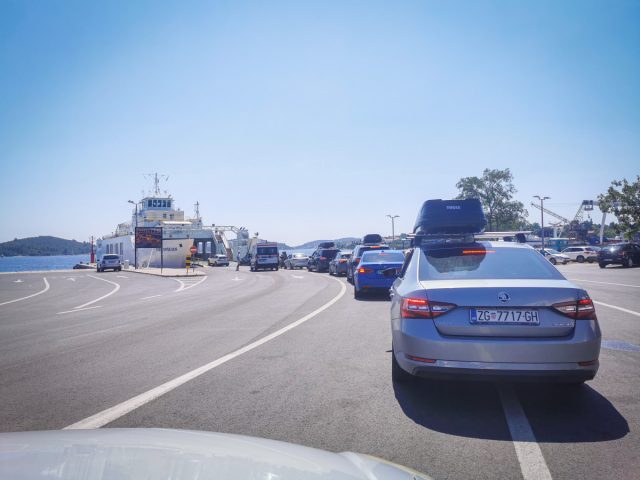 As a Mediterranean destination, Korcula has a mild climate, with warm summers and mild winters. The sunlit island, which has 2,700 hours of sun a year, is also known as the island of the sun. Due to the summer mistral (wind), Korcula is also popular as a windsurfing destination. A visit is recommended from early June to mid-October. During this period, the sea has about 24 degrees and the average air temperature is around 27 degrees.

The picturesque old town of Korcula

There is no doubt that the old town of Korcula is the heart of the island. The city surrounded by walls, which is surrounded by eight beautifully preserved towers, is also called “mini Dubrovnik”. It is reminiscent of it with its historic architecture carved in stone on the small peninsula on which the city stands. The floor plan of the city is thoughtfully executed in the shape of a herringbone. The sloping position of the streets protects the city from the strong wind, and the correct position of the streets opens the way for a refreshing mistral.

The town consists of the Old Town on a small oval peninsula, a suburb directly below the old walls, and a new part extending along the coast east and west of the center. In the preserved city center, you can see, among others, St. Mark’s Cathedral, Our Lady’s Church, the city museum, the birthplace of Marco Polo, the city walls and Renaissance palaces. If architecture doesn’t tempt you, simply take a walk through the city, see one of the many cultural events, or simply enjoy a delicious dinner and local wine. 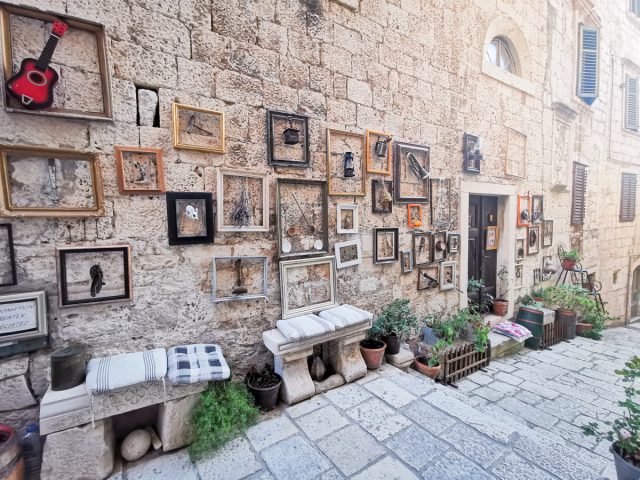 Visit the birthplace of Marco Polo

Korcula is, among other things, the most popular city because of the stories about the birthplace of Marco Polo. Although we can’t know for sure if the famous traveler was actually born on Korčula. On the lively streets of the town of Korcula, there is a house that is said to be the birthplace of a world traveler and explorer, supposely born in 1254. Part of the house has been turned into a museum and open to the public. You can find the house on Depolo Street, and for the entrance fee you will have to pay 75 HRK (10 €). 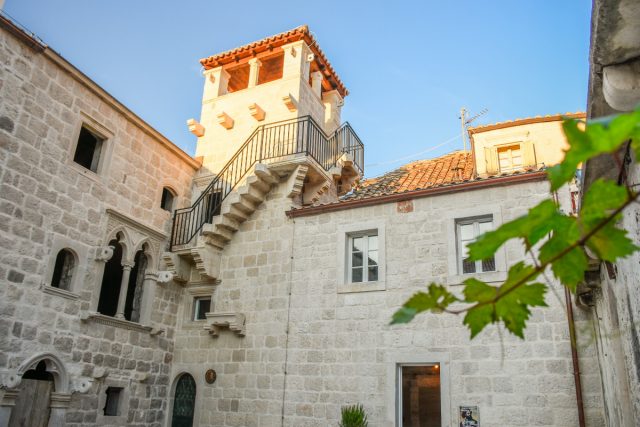 Wine production on Korčula is very specific in Dalmatia. Unlike other regions where red wines are produced, white wines are produced on Korčula. Korcula is known for its authentic white wine varieties Posip and Grk, which can be found in the vicinity of Lumbarda. If you are a wine lover, be sure to go on a wine tour to one of the 25 wineries on the island. Winemaking on the island is a thousand-year-old tradition, which is practiced by generations of locals, but grapes grown under the Korčula sun are also a well-known delicacy. Korcula wine on the island is not a joke and is something that the locals are extremely proud of.

The island of Badija is the largest of a total of 19 islands near the town of Korcula. It is a fairly quiet island where everyone can find their own cozy nook. The island is overgrown with macchia and pine forest, which provides a pleasant shade. On island you will find a Franciscan monastery built in the 15th century, after which the island got its name. If you don’t like lying on the beach, you can explore the island along a 4-kilometer-long circular path. Near the port is a restaurant, which is open during summer. You can reach the island in 20 minutes by boat from the city port or rent a kayak or SUP. 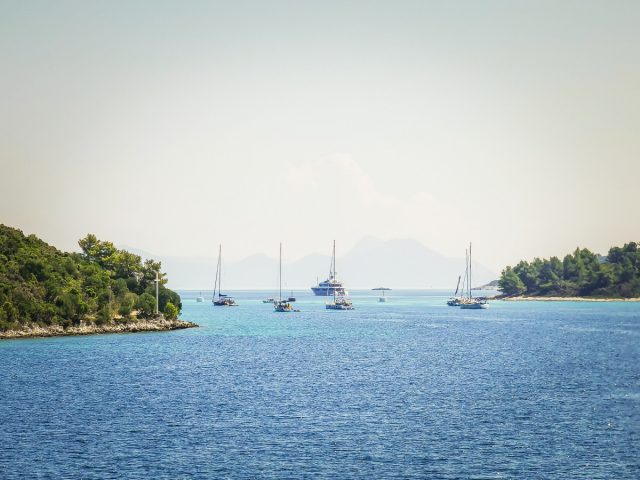 “Don’t forget Vela Luka” sings Oliver Dragojevič, in one of his most beautiful songs Vela Luka. Vela Luka is located on the west side of Korcula and is the largest town on the island. Due to its location, it is considered a very safe harbor from bad weather. One of the most famous sights in the vicinity of Vela Luka is Vela Špilja, where various artifacts (jewelry, ceramics, weapons) have been found after excavations. You can reach the cave along a 3-kilometer-long gravel road, and you can also reach it by foot, over the Pinski rat hill. The cave is open every day of the week (except Sunday), between 1 pm and 8 pm, for the entrance fee it is necessary to deduct 15 kn (2 €). 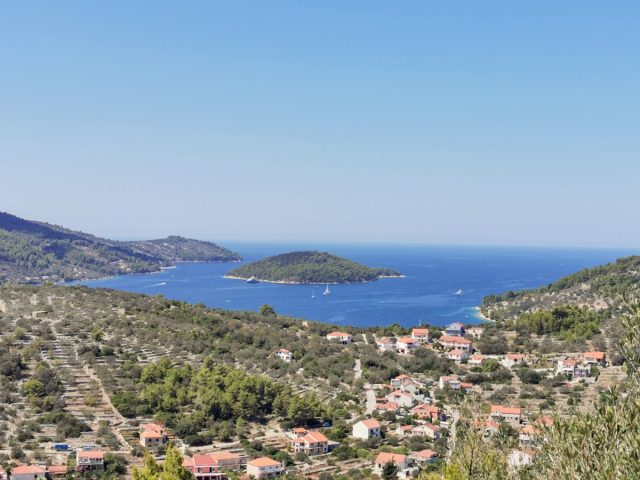 Whether you are a cycling enthusiast or just simply love exploring the surroundings in a different way, Korčula is perfect for cycling exploration. Korcula offers quite well-kept cycling routes, with beautiful vantage points. Lovers of road cycling, as well as those who prefer cycling on varied terrain, will be satisfied. If you do not have your own bike, you can rent it in several places, but you can also join organized cycling tours around the island. One of the nicely organized tours is cycling among the vineyards, with a tasting of excellent local wine in the wineries. If you are going to explore Korčula on your own, we suggest that you cycle to Lumbarda, where you will be accompanied by beautiful views of the sea and the roads that lead through the stunning vineyards.

Explore the coast of Korčula with a soup or kayak

Crystal clear sea and the rugged coast of Korcula, which invites you to explore it with a SUP or kayak. You can spend a fun afternoon exploring the coast and see the island from another perspective. You can rent a kayak from various providers, for about 40 euros / day. 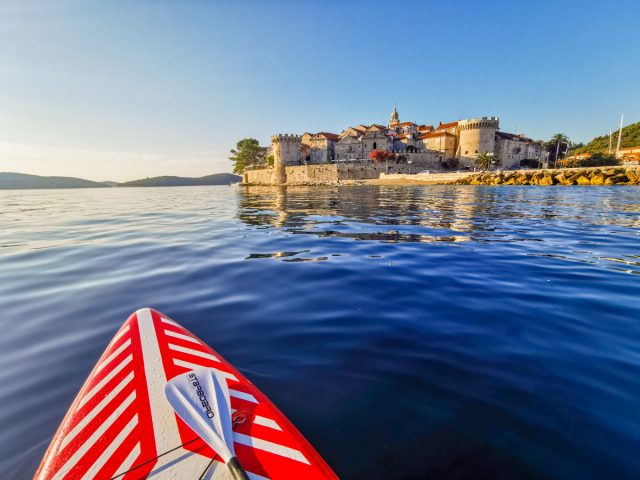 Try out at windsurfing or kiting

Due to its ideal geographical location, windsurfing is an extremely popular sport on Korčula. The wind between the Pelješac peninsula and the island of Korčula is one of the windiest and most popular windsurfing and kiting destinations in Croatia. In the morning, the south wind blows, which is ideal for learning, and in the afternoon, the mistral wind blows through the Korčula canal and attracts all fans of these two sports. The Korčula mistral brings freshness and creates an excellent “playground” for windsurfers and kiters in the summer months. If you would like to try your hand at these sports, there are quite a few providers on the island who organize beginner courses (100 euros for an 8-hour course).

Korcula boasts crystal clear sea and as much as 182 km of coastline, where you will find beautiful beaches and hidden coves. You will not find many beaches on Korcula as we are used to on other islands, as the coast is steep and rocky. On the south side of the island, you will find quiet coves with small sandy beaches, while the northern part is more sandy and laid out.

Nevertheless, on Korčula you will find many beautiful beaches and secluded coves that call for swimming in crystal clear water. Some beaches and coves, we also visited:

Where to stay on Korcula?

Where to stay on Korčula is primarily a question of what you want to do and what kind of vacation you want. The most wanted and popular places are the town of Korcula, Lumbarda and Vela Luka. There are also smaller places like Blato, Zavalatica, Žrnovska Banja, Žrnovo, etc., but theese are quite calm places. It is recommended that you take a look at the map of places before booking and decide where it suits you best.

we recommend that you find accommodation in the town of Korcula or somewhere in the vicinity of Lumbarda. Korcula is the most popular place to stay due to the beautiful old town, its diverse offer and the lively pulse of the city. The city has a choice of several hotels and many private accommodation.

A great choice is also Lumbarda, which has several restaurants, bars, beaches and beautiful surroundings and vineyards. Lumbarda is a great choice for families and those who want a quieter environment, but you are not too far from the center of events.

Vela Luka, in our opinion, is nothing special about wanting to spend your vacation there. Somehow we recommend the surroundings of Korcula for a stay, as it offers much more.

We stayed in Camp Vrbovica, which is located in a very quiet place Žrnovska Banja. We love camping and we love quieter places, so this camp was the right choice for us. Every evening we drove to town Korčula, 4 km away, where we enjoyed the hustle and bustle of the city, admired the old town and the huge yachts that were anchored on the pier. 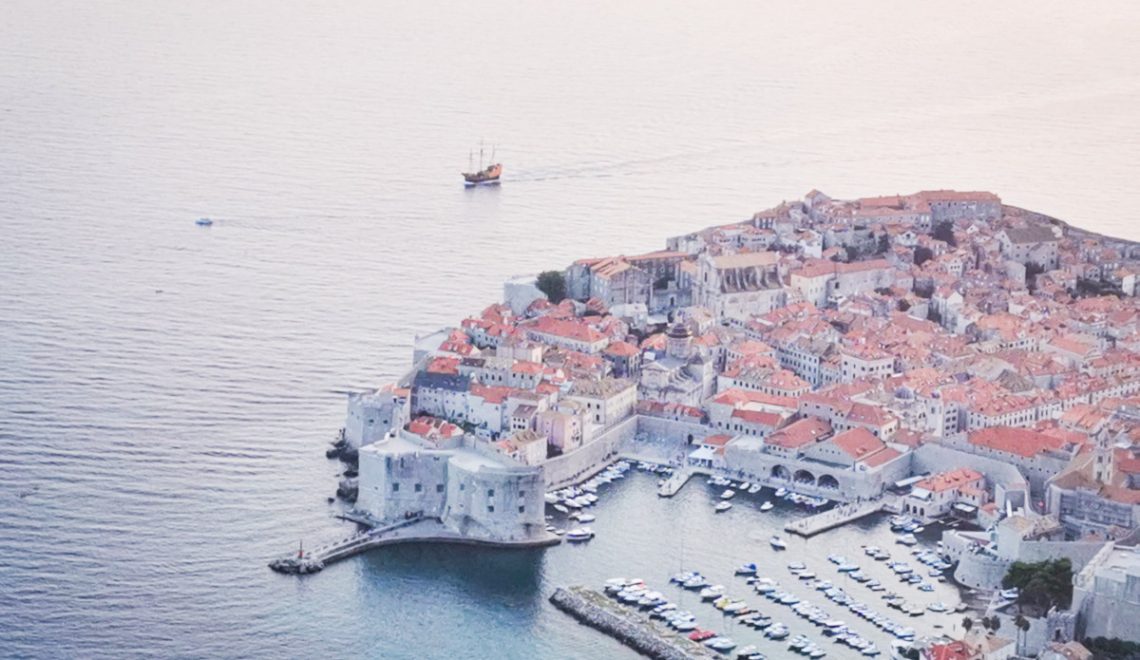